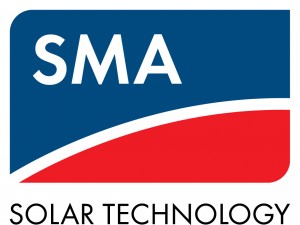 With 2014 NEC adoption in motion (it has been implemented in 22 states as of April 14, 2015) many are anticipating what the next version of the code will hold for the PV industry. The highest-profile addition to the photovoltaics section of 2014 NEC was the rapid shutdown requirement outlined in 690.12, which arguably became the most debated revision to that edition. The proposed 2017 NEC may drastically modify that rule to effectively require shutdown at the module level, which would have a dramatic impact on how systems are designed and installed moving forward. While first responder safety
should be the motive for this proposal, it has left many to wonder if module-level shutdown really is safer. So as 2017 NEC is being drafted and debated we must ask ourselves: who is driving the revisions to 690.12 and what is their motivation?

It is imperative that SunSpec members as well as all relevant stakeholders in the PV industry take heed of the current direction of this code and become involved in the discussion and panel activities. We have an obligation to include solar installers, engineers, service personnel, trade organizations and equipment manufacturers of all technology architectures to ensure that a diverse cross section of the industry is represented and not just a select few manufacturers who stand to gain the most from the code revision. We must also avoid the adoption of a code that essentially mandates the usage of a specific PV technology with a questionable effect on safety and a huge impact on the future potential of rooftop PV installations.

Dear SunSpec Member, While reflecting back on the year's past, it is clear that the SunSpec Alliance is fueled by an industry of dedicated, hard working individuals and organizations. From our work groups participants, to our webinar attendees, we are consistently...

Message to Our Members: October 2021

Dear SunSpec Member, At the core of the SunSpec Alliance ecosystem is a steady momentum of progress driven by the dedicated efforts of our seven primary Work Groups. Consisting of representatives from SunSpec member companies, a designated Work Group leader, and a...

Watch the 2021 Annual SunSpec Alliance Member Meeting Video Recap on SunSpec TV As always, it was a pleasure to share the company of the SunSpec ecosystem at the year's Member Meeting. We are consistently humbled by the ongoing support of our members and are grateful...